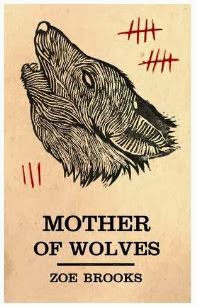 Mother of Wolves is a novel of magical realism that features a strong female protagonist in a native culture.

As the novel opens, Lupa is married to Toro, the king of their tribe, the Lords of the Earth. He has been offered a shipment of guns by the local guards, and he is readying a party of men to go to receive the shipment. Lupa has a bad feeling about the meeting -- and as it turns out, her fears are justified.

When Toro does not return home, Lupa goes to investigate. She uses superior tracking skills to determine that Toro's party was ambushed and her husband killed, leaving her with their children to raise alone. Her anger over his murder and her lust for vengeance fuel the rest of the story.

Time and again, men discount Lupa's intelligence and cunning. And time and again, it leads to their downfall. Lupa disguises herself and marries the commander of the guards responsible for Toro's death, and then bides her time until the day she can take her revenge. Later, sought for the commander's murder, she goes to ground in her people's territory, calling on the spirits of the land and her own ingenuity to evade those looking for her. And as the men of her tribe watch her carry out her plan, the Lords begin to examine their beliefs about Lupa -- as well as about the competence of women in general.

It's never quite clear where the novel takes place -- whether it's a specific location on earth or in a fantasy world. But it doesn't matter. The themes of the novel -- the treatment of native populations by their conquerors, and the treatment of women by men -- resonate no matter where the story takes place. I enjoyed Mother of Wolves and look forward to reading more of Brooks' work.
Posted by Lynne Cantwell at 6:00 PM