The Year of the Ladybird - Graham Joyce 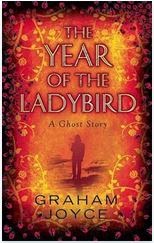 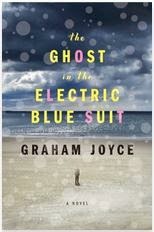 I'm including two covers for this book because Goodreads informs me that the US version has a different title. I get why that is, kind of: here in the US, we call little red bugs with black spots ladybugs, not ladybirds, and Random House probably didn't want the word "bug" on the cover of a book aimed at adults. Apparently I got hold of the UK edition, so that's what I'm reviewing. Anyway.

My short list of favorite authors includes three men (and several women): Stephen R. Donaldson, Kent Haruf, and Graham Joyce. Both Haruf and Joyce died in 2014 (so heads up, Steve -- you're not allowed to die, okay?).

The Year of the Ladybird was one of Joyce's last novels. Like many of his books, it takes place in his signature, off-kilter reality, in which the reader is never really sure whether the main character is crazy, or hallucinating, or living in a sort of alternate magic-realist universe.

The book is set in the hot summer of 1976. College student David lands a job at a family resort in Skegness, a rundown vacation spot on the coast of England. On the surface, it appears he might have taken the job to escape his family, as his stepfather was all set to give him a summer job. But Skegness is also where David's biological father disappeared -- an event David barely remembers.

Of course, there's a reason why he doesn't remember, and it has to do with the man and boy he sees at odd moments on the beach. The subtitle of the UK edition is, "A Ghost Story," but that's misleading. Because while this pair might be the ghosts in question, they're not the only haunting things in the book. There are also the ladybug plague that descends on the town, and the scary love triangle David finds himself drawn into.

If you're looking for a traditional ghost story, The Year of the Ladybird isn't it. But if you're looking for a coming-of-age novel with overtones of magic realism, this book will fit the bill. Recommended. And I wish Joyce were still around to give us more stories like it.
Posted by Lynne Cantwell at 2:08 PM

Email ThisBlogThis!Share to TwitterShare to FacebookShare to Pinterest
Labels: Ghost in the Electric Blue Suit, Graham Joyce, review, Year of the Ladybird