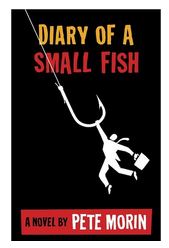 Things are looking pretty bleak for Paul Forte.  A former politician who's now chief counsel for a transportation authority in Boston, Forte lives the good life.  He has a great condo, he eats terrific food, and he plays a lot of golf -- often with lobbyists.  Of course, his personal life is falling apart; he's divorced from his wife, whom he still loves, and his parents are dead.  And now his penchant for golf has gotten him in trouble; a crusading prosecutor named Bernard Kilroy has convinced a grand jury to indict him on charges of taking kickbacks from those lobbyists he plays golf with.

While he's second-guessing his lobbying connections and wondering whether Kilroy has a vendetta against him, he finds himself falling for Shannon, a woman on the grand jury. Together they try to figure out Kilroy's angle, as well as where they themselves fit together.  But it's when Forte's former wife calls with heartrending news that Shannon really proves her worth.

The intrigue and courtroom scenes in this book are up to snuff; Morin knows his way around Massachusetts politics and the Boston legal community, and it shows.  But some of the best scenes in the book are those with Forte, Shannon, and ex-wife Kate.  The story line involving this trio could have easily tipped into the maudlin, but Morin handles them brilliantly.  I only wish he could have worked in some sort of epiphany for Forte that would tie these scenes in better with the rest of the book.

That said, if you're a fan of legal thrillers, Diary of a Small Fish is well worth your time.
Posted by Lynne Cantwell at 6:00 PM