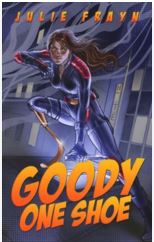 It's the first Rursday of the month, which means it's my monthly date with the Indies Unlimited 2016 Reading Challenge. This month, I'm supposed to read a book by an author who lives in another country. Canada's not all that foreign to me, but it's not the United States -- which means Julie Frayn's Goody One Shoe qualifies.

Goody One Shoe is superhero fiction. Billie Fullalove lost her leg as a child. She and her parents were at the wrong place at the wrong time -- they stumbled across a team of street punks in the commission of a crime. Billie's father pulled out his police badge and tried to stop them, and one of the punks opened fire, killing both of Billie's parents and shooting off her leg.

Despite her last name, Billie grows up full of anger, fear, and self-doubt. She copes by taking her red pen to crime stories in the paper, adding endings in which the criminals get what's coming to them. Then she begins to have odd blackouts -- and at the same time, some of the crooks she's written about get what she gave them in her rewrites. Billie has to figure out who's been looking over her shoulder, and what to do about it.

If Billie were only a cranky victim out for justice, I would have tired of the book in a hurry. But Frayn has imbued her with heart -- and a wicked sense of humor, too. I found myself pulling for Billie every step of the way.  I hope Frayn is planning on writing more of Billie's adventures. This could be the first of a great series. 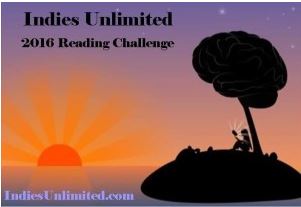